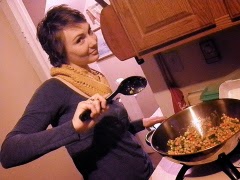 In a Stroudsburg, PA apartment (numbered 84) inhabited by Rebekah La Loi and Bobby Propst along with their cat and dog, an evening of music and togetherness was shared on Tuesday March 18th. Musicians traveled from as far a distance as the state of California came to perform in this humble abode decorated by the love the couple has for art, music, and each other. The house concert was the second such event the couple has presented to the community and the welcoming atmosphere it instilled upon those who visited during its first foray into presenting concerts in their home encouraged more music lovers to attend. As a result, the home became filled with those who came to enjoy some outstanding music in a comfortable setting. None were disappointed.

Guests were invited to explore the artwork upon the walls or to sit and relax while listening to a record album containing the songs sung by Patsy Cline while they waited for the concert to begin. Conversations reflecting the soothing sights and sounds filled the rooms as a variety of topics were pleasantly explored among well established friends and new acquaintances alike. When the musicians completed their preparations and the order of performances were determined, Rebekah welcomed the gathering and introduced the evening’s first performer.

Keith “Kif” Haynes (aka The Business Fairy) of Blairstown, NJ has appeared in a number of venues throughout the Monroe County, PA area and it was with much delight for those who haven’t seen him performed for a while to have a long awaited opportunity to partake of his talents again. After placing himself on a stool and making a final preparatory stoke on his guitar, Keith began playing a number of songs that moved about the audience who were soon seen moving their heads along to the beat of the songs as they intently listened to the intricacies of the rapid fire concepts they conveyed. Smiles came to many as realizations were discovered with the majority of them coming from within. You can learn more about Keith “Kif” Haynes (aka The Business Fairy) by exploring his Facebook Page at www.facebook.com/thebusinessfairy.

After Keith completed his set, a break ensued upon which Rebekah moved around the room with a bowl in hand in order to collect financial donations designed to support the musicians who appeared that evening. The break concluded as Kyle Hall of Galesburg, IL and his guitar took his place along with his friends who consisted of Emily Madden of California on Tambourine, Samantha Smith of Oklahoma on xylophone, and Oscar Graefen of Illinois on keyboards. They (along with Kalie McGuire of Missouri who did not play a musical instrument but supported her friends’ endeavors) have traveled around the country with one another while visiting a number of venue unique to each location. It was while driving from one destination to another did the majority of the company decide to form a “band” in order to past them time in spite of everyone (except for Kyle) having very little experience in playing an instrument.

The introductions Kyle gave to each song provided a subtext which enabled each listener to explore the composition more deeply as knowing its aesthetic origins enhanced the understanding of the seemingly simplistic songs. The musical skill levels of the other musicians enhanced each song’s sense of accessibility to the listener allowing he/she to belong more completely to it and visa versa. After some time, Kyle gave a solo performance and the songs he shared in this manner furthered explored the depth of our complexities as revealed through the simple lyrics that moved into the soul like a poem composed by the heart. You can learn more about Kyle Hall and his music by exploring his Website at  www.kylehall.bandcamp.com.

Another break ensued after the performance of Kyle and his friends upon which food and more conversations were shared. It was after this respite did Jesse Morales of The Pocono Region of PA and his guitar take his place to perform. Jesse’s talents and his energetic delivery of his songs had gained quite a bit of renown in the local area with a substantial portion of his performances enjoyed during the Sunday evening’s weekly Open Mic Nites at The Sherman Theater’s Living Room www.facebook.com/OpenMicAtTheLivingRoom. However, the atmosphere of the home allowed a much more relaxed performance to emerge as the time restraints necessary in an Open Mic environment were lifted. This gave each song familiar to those who frequent the Open Mic Nite events a more conversational quality to them and the subtexts that were revealed through their deliveries made one even more appreciative of his song writing abilities. You can learn more about Jesse Morales and his music by exploring his Website at www.jessemorales.bandcamp.com.

Another break ensued after Jesse concluded his set and it wasn’t long before  Tedd Hazard of Hazleton, PA and his guitar took their place to close out the evening with his performance. One became immediately struck by the power of his songs as their precise and sharpened lyrics sliced into the sub consciousness of those who were pierced by the meaning found in each utterance. This was evident as members of the audience’s heads were observed moving along to each rhythmic rapture in order to simulate the subtleties of the music so their essential elements could be absorbed into their life’s experiences. As the final note of Tedd’s performance rang out, the eyes of many expressed the thought of “What a way to end a show.” You can learn more about Tedd Hazard and his music by exploring his Facebook Page at www.facebook.com/teddhazardandthe40ozthieves.

Tedd Hazard’s performance was followed by the presence of Rebekah who shared her appreciation to the musicians and guests who made it a memorable night. Those who attended the gathering reciprocated her remarks as all agreed it was a great show and an even greater venue to hold it in. The next concert to be presented by Rebekah and Bobby will be at The Indulgent Apothecary in Stroudsburg PA featuring Ghost Mice, Condition Oakland, The Billy Mack Collector, and The Pennsylvania Sunland Singers and is scheduled to take place on Sunday April 6th at 9pm. More information about the event can be found on their Facebook Invitation Page at www.facebook.com/events/699198810126827/?ref_dashboard_filter=upcoming&source=1.

A series of farewells spread throughout the apartment as the company of friends created by the thought provoking and thoroughly entertaining experience of the evening made their way through the halls, down the stairs, and to the outside. Many left eager to return for the next concert in order to relive the hospitality of their hosts and the love for music they demonstrated through the evening’s event. I hope to see you there as well. In the meantime, You’ll be able to find more photographs taken during the Tuesday March 18th house concert in The House Music 2014 Gallery at www.facebook.com/media/set/?set=a.10152300688790421.1073741887.636000420&type=1.
Posted by Unknown at 12:51 PM