A Celebration in the Gap 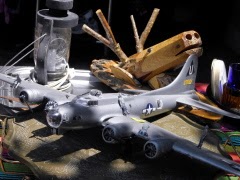 The sun shone upon the little town of Delaware Water Gap, PA as it celebrated its existence on Saturday June 28th. The town’s annual Founder’s Day marks the arrival of the first settlers into the area which is located within Monroe county, PA who were led by a French plantation owner named Antoine Dutot in 1793 who fled Santa Domingo during a slave uprising. He purchased some land and began building a town he named, “Dutotsburg.” As time went on, Dutotsburg became known as the borough of Delaware Water Gap, PA to take commercial advantage of its geographical surroundings. However, Antoine Dutot’s French influence is still present throughout the town which is considered by many to be the “New Orleans of the Poconos” as its architecture, prevalence of Jazz, Sycamore trees, and a relaxed atmosphere is found within the fabric of the Delaware Water Gap and its citizens.

A great number of artists, artisans, merchants, and musicians filled the town with their creativity and love for the community during the day. When I arrived to town for the festivities, I walked from the place where the car I traveled in was parked and encountered The Village Farmer and Bakery www.facebook.com/pages/Village-Farmer-and-Bakery/114465741911673 whose usually aromatic enticements of freshly baked cookies and pies were scrumptiously overshadowed by the BBQ cuisine they were cooking outside their establishment. As tempting as it was to stop and partake of the food, my attentions that were fueled by the desire to explore the celebratory offerings of the day were captured by activities presented at The Water Gap Trolley www.watergaptrolley.com who offers motorized tours throughout the town and it’s surrounding areas. It was there where I began my tour of the day as music presented by The Gerry Gessie “duo” Show ggessie@embarqmail.com filled the air with joyous classics as their jovial spirits infected those who were drawn near to their performances causing them to break out in laughter and smiles.

As I walked around the area, I was fortunate enough to visit a number of merchants and organizations that populated The Water Gap Trolley grounds. The Christmas Factory www.TheChristmasFactory.com, Carol’s Customized Creations crs4@ptd.net, The Monroe Animal League www.facebook.com/MCALWV, were among those present to share their wares and conversation with visitors. Pony rides were offered to children by Horses 4 Hope www.facebook.com/horses4hopepa who assist Individuals with Special Needs in Reaching their Full Potential through Interaction with Horses.

After a while I ventured from the Water Gap Trolley in order to travel up the streets that reflected the hilly terrains characteristic to the area. I explored many of the stores that inhabit the town including Hobo Chic www.facebook.com/pages/Hobo-Chic/342920202477562?ref=stream which is filled with vintage Curios, Collectibles, Clothing, and a lot of cool stuff and The Zen Fusion Restaurant www.facebook.com/ZenFusiondwg which serves a Haitian cuisine that brings the island’s delectable flavors to the area. I eventually wound up at The Antoine Dutot Museum and Gallery www.facebook.com/DutotMuseumAndGallery?fref=ts whose parking lot was full of vendors. They included Milkweed and Poppyseed www.facebook.com/MilkweedAndPoppyseed, For The Birds gailgrant2074@yahoo.com, Nova’s Visions novachan@yahoo.com, Angels of Light Work angelsoflightwork@yahoo.com which is located within the Castle Inn, Dirt Ware by Adon www.facebook.com/dirtwares, Mudworks Pottery www.facebook.com/pages/MudWorks-Pottery/83060320662, Anita Bondi Designs www.facebook.com/AnitaBondiDesigns who shared her Hula Hooping talents with some children who were present, and Ice Scream www.facebook.com/IceScreamVegan who offers Vegan Ice Cream which is Gluten and GMO Free.

I then ventured inside the gallery to partake of the splendid work that hung upon its walls. The Riv11 - The Delaware River - A Big Picture exhibition features the work of numerous artists exploring all aspects related to the Delaware River and it’s surrounding areas. An Artists’ Reception was held on Friday June 13th and the exhibit ran until June 29th. The Gallery’s next exhibition will be their Women’s Show beginning with an Artists’ Reception on Friday July 4th and will continue to be displayed until July 20th. An addition exhibit titled, “The Riv-Kids Art Show” was on display at The Historic Castle Inn as part of the Town’s Founder’s Day Celebration. You can read our article about The Riv11 exhibit titled, “Let’s Dutot by The River” at www.facebook.com/notes/paul-adam-smeltz/lets-dutot-by-the-river/10152177984101232.

Outside the gallery, the joy of the day was enhanced by music performed by The Hawk Owls www.facebook.com/TheHawkOwls who consisted of Bradley White and Mandolin, Guitar, and Vocals, Peter Lister on Guitar and Vocals, James Lashway on Bass and Vocals, and Mike Alexander on Banjo and Vocals. Their rendition of the bluegrass and folk tunes they performed filled the Dutot’s Parking lot with the joyous sounds of the musical genre as evident in the several people seen moving their head rhythmically side to side in keeping with the beats while they were sharing conversations with the merchants and artisans. My friends from The Juggernaut String Band www.facebook.com/JuggernautStringBand were in the process of setting up but an overwhelming desire moved me to continue my adventures of the day.

This desire led me to The Historic Castle Inn www.facebook.com/historiccastleinn whose shopping complex offers a variety of items to those who visit it. These shoppes included ENZA’s Subs who shared her delicious sandwiches to those fortunate enough to purchase one. It is also the home of The Castle Inn Art Gallery www.facebook.com/pages/Castle-Inn-Art-Gallery/159174520808670 who was showing the work of Nelida Lexine Valentin www.facebook.com/pages/Pocket-Photoz-Photography/557529224298706 in an exhibit titled, “The City Charms Collection.” Their next exhibition is yet to be announced.

Outside the Castle Inn was a huge car show featuring a multitude of classic cars from many eras. It was a delight to view the vehicles and to reflect upon the loving care they were given by the owners who sought not only to preserve the mechanical aspects of the cars but its aesthetic qualities as well. Awards were given out by The Delaware Water Gap Classic Car  Club www.facebook.com/DelawareWaterGapClassicCarClub in honor of these car owners and the love they manifested in their cars.

The day was also filled with a great many activities and events which I, unfortunately, was unable to experience. These included The Fire House Pancake Breakfast, the arrival of an Excursion Train from The Steamtown National Historic Site, a Rubber-Duck Race, and a ceremony involving the Appalachian Trail Conservancy and leaders from Delaware Water Gap commemorating the official designation of the town as the newest Appalachian Trail Community. You’ll find more photographs I took during the festival in The DWG Founder’s Day 2014 Gallery at www.facebook.com/media/set/?set=a.10152531595080421.1073741906.636000420&type=1.