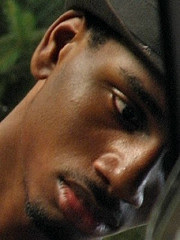 Since its inception in 1977, The Celebration of the Arts (COTA) has sought not only to present an Annual Festival showcasing the works of Jazz Musicians who reside in the Monroe County, PA area but to encourage artists in all genres to share and develop their talents. This has led to the expansion of the festival from a simple four hour show presented on the steps of the old Castle Inn in the town of Delaware Water Gap, PA to three day event located throughout the entire town so it may include theatre, dance, poetry, crafts, and the visual arts in its offerings to the public. Endeavors to provide opportunities for young musicians seeking to expand their talents saw the development of the COTA Cats in which schools were encouraged to suggest students who showed a proficiency in Jazz who would be mentored by leading Jazz Artists and perform in a special big band during the festival.

In the year 2007, when COTA was celebrating its 30th year, the original concept of the COTA Cats program was expanded upon by the idea of offering a Summer Camp in which young Jazz musicians can explore and enhance their talents in a more informal setting. Campers would still be given insightful instruction by mentors whose prestige and professional experience would encourage them to unleash their talents while providing a glimpse of where their talents could lead them when they realize the professional success that awaits them. In the short 4 years Camp Jazz has been in existence, several Jazz Campers have met with such success and are well on route to becoming as a great (if not greater) presence in the Jazz world than their mentors.

The Camp itself consists of opportunities of its attendees to learn a number of techniques such as Ear Training and the art of Improvisation given by Evan Gregor and Caris Visentin as well as opportunities to explore the art of Jazz through Master Classes given by such Jazz greats as Phil Woods (Co- Founder of COTA), Dave Leibman, Jesse Green, and Bob Leive. A recording session at Red Rock Studios provides both insights and encouragement as the excitement of placing the elements one has learned throughout the week on a professionally produced CD. The Jazz Camp experience concludes with a Jazz Barbecue which members of their families are invited to attend along with a special live performance held at The Presbyterian Church of the Mountain as part of their Summer Gazebo Concert Series.

The 2011 Camp Jazz began on Monday July 25th and concluded on Sunday July 31st. The concluding day saw the culmination of all the days that went before it as campers and their families enjoyed the camaraderie they established during the week. Many talked about their experiences and their love for the musical form while creating memories that will last their lifetime. Some even shared their eager anticipation of the prospects of attending the 2012 Camp Jazz sessions with a profound glitter in their eyes and voices.

The concert at The Presbyterian Church of the Mountain Gazebo we met by a lawn filled with family, friends, and those eager to catch a glimpse of the future of Jazzdom. They, in turn, were greeted with an early evening performance that combined the talents of finely tuned instruments and musicians along with the excitement and exuberance of youth. This excitement and exuberance proved to be quite contagious as demonstrated by the expressions upon the faces of those who came to experience this mini COTA Festival. It is certain many of those who came out to the performance partook of it as a appetizing prelude of the originating 34th annual festival scheduled to take place from September 9th to September 11th.

After an introduction by Evan Gregor, The Sue Terry Ensemble began the show with their renditions of established Jazz classics. This was followed by ensembles formed by Jay Rattman, Spencer Reed, Evan Gregor, and Bobby Avey and consisted of the young people who attended Camp Jazz. Although much of the work presented was familiar to many jazz enthusiasts, the presentation of the compositions reflected the unique qualities of each musicians as he/she blended his/her talents to bring to light an exceptional rendition of the piece. This was most evident as two separate ensembles played The Dave Brubeck Quartet 1959 classic written by Paul Desmond titled, “Take Five.” Each ensemble freely explored all of the aspects the composition offered and captured nuances which reflected their individually communal perceptions interpreted. To many, this is what jazz is all about. You’ll find more photographs taken during the Jazz Barbeque and the Concert at The Camp Jazz 2011 Gallery at www.facebook.com/forwardian.dude.

The Celebration of the Arts (COTA) Camp Jazz is offered every summer to those who seek an intensive, weeklong immersion in jazz music and technique mentored by renowned jazz greats. It was formed in 2007 by Phil Woods and Rick Chamberlain (co-founders of COTA) as an extension of the festival and its educational arm to foster and encourage local talent. In addition to Phil Woods and Rick Chamberlain, this year’s staff of mentors guiding the talents of this years class of campers include Sue Terry, Jay Rattman, Spencer Reed, Evan Gregor, Bobby Avey, Matt Vaslishan, Michael Stephans, Vicki and Eric Doney, Bob Dorough, Caris Visentin, Jim Daniels, and Sherrie Maricle. Enrollment is open to all aspiring musicians and information about the camp and all it has to offer can be found by exploring The Camp Jazz Website at www.campjazz.org.

The Celebration of the Arts (COTA) presents and supports the arts and the music of jazz in all its forms and historical breadth through youth education, performing arts presentations, scholarship opportunities, and community outreach throughout the Pocono area. The 34th Annual Festival is scheduled to begin Friday September 9th and will continue until Sunday September 11th. The three day festival begins on Friday evening with an Artists’ Reception at The Antoine Dutot Museum and Gallery who will present their Annual Music Motif Exhibition and continues with the night of Music, Theater, and Dance presented at The Presbyterian Church of the Mountain. The festival continues the following Saturday and Sunday with outdoor performances of Jazz on the Main Stage along with numerous strolling musicians, story tellers, and vendors offering a variety of high quality crafts, art, and food. You’ll be able to read an article about The 33rd Annual Celebration of the Arts Jazz and Arts Festival which took place in 2010 at www.cotajazz.org/cota-2010.html.

The festival and all its functions is organized and run by volunteers. Their next volunteer meeting will be held Tuesday August 16th at The Deer Head Inn in Delaware Water Gap, PA beginning at 7:30pm. Those who would like to lend their time, talents, and insights are welcomed to attend. Numerous volunteer positions are available and they include Program Ad Sales Manager, a Program Ad Salesperson, Back and Front gate workers, Security, and Marketing/PR personnel. More information abut these positions, the festival, and how to purchase tickets in advance at a 20% discount can be obtained by Exploring The COTA Website at www.cotajazz.org or by calling 570-424-2210. I hope to see you there.

As mentioned earlier, The Camp Jazz Concert was part of a series of Summer Gazebo Concerts presented at The Presbyterian Church of the Mountain in Delaware Water Gap, PA. In addition to these concerts, the church offers a variety of spiritual programs for those who practice the Christian faith. These include worship services and missionary endeavors to the nations of Kenya and Cuba. They also have retreat facilities available for those hiking the Appalachian Trail which runs nearby.

The next musical performance presented in their Summer Gazebo Concerts Series will be Skip Detrick and his Band-mates Sunday August 7th beginning at 6pm. The concert is free and open to the public. Please Explore The Presbyterian Church of the Mountain Website www.churchofthemountain.org call 570-476-0345 for more information about the concert and all they have to offer the community.
Posted by Unknown at 2:47 PM