Enjoying a Dose of Anthrax 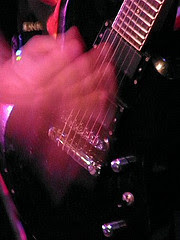 The Sherman Theater in Stroudsburg, PA presented Joey Belladonna on Saturday August 13th who is best known for his vocal work in the band known as “Anthrax” which is a heavy metal band and received several nominations from the National Academy of Recording Arts and Sciences of the United States which recognizes outstanding achievement in the music industry through the distribution of their annual Grammy Awards.

While the band is completing work on their latest album, Mr. Belladonna is taking a break by forming a band titled, “Belladonna” and tours several venues throughout the country. The performance included songs Anthrax has made famous among their numerous fans as well as new compositions written by Mr. Belladonna himself. There were also several cover tunes performed which please the audience as well.

Although those who attended the concert were an enthusiastic bunch, the small number of attendees were quite surprising due to the notoriety and popularity of Mr. Belladonna and the band he’s associated with. The music was well performed and its reception was very favorable. So, it was a mystery why so few were present. You’ll find more photographs at The Music 2011 Gallery at www.facebook.com/forwardian.dude.

The performance of Belladonna was preceded by local bands “Forbidden Dreams,” “The Test,” “The Curse of Sorrow,” “Our Ashes Remain,” and “Menace and Hellfire.” I’ve personally seen some of these bands earlier throughout the past years and can account on the quality of their performances. However, I didn’t arrive at The Sherman Theater in time to experience their performance for that evening. So, it is with great regrets I can not share with you any current assessment of what transpired while they were on stage. But, if those of you who read this would like to share their experiences, please feel free to do so by leaving a comment to this article. It would be much appreciated.

The Sherman Theater was built in the 1920sand presently presents many of today’s biggest shows. Their next presentations include a presentation of the band “Patent Pending” on Saturday August 20th along with “Goodbye Friday,” “The Body Electric,” “Don’t Panic,” “Gasoline Heart,” and “Roses in July” as part of their Independent Rock Series, Gregg Allman on Tuesday September 6th, Infected Mushroom on Thursday September 22nd, The Tartan Terrors on Saturday October 1st, 1964: The Tribute (to the Beatles) on Saturday October 22nd, Boolesque featuring a Halloween-themed Burlesque and Vaudeville show for a night of comedy, ghoulish glamour, and the classic art of the striptease on Friday October 28th, a screening of “The Rocky Horror Picture Show” on Saturday October 29th, and Arlo Guthrie on Friday November 4th. You’ll be able to learn more about The Sherman Theater and all it has to offer the community by exploring their website at www.shermantheater.com.