A Cinematic Outing at PCT 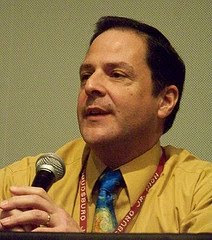 The Pocono Community Theater (PCT) in East Stroudsburg, PA presented a screening of the award-winning documentary entitled, “Out in the Silence” on Saturday March 13th. The film was followed by a Panel Discussion featuring Robert Nead representing Rainbow Youth, Anita Lee representing Parents, Family and Friends of Lesbians and Gays (PFLAG) of Monroe County, Steven Barthold-Rivera who is the faculty co-sponsor of The Stroudsburg High School Gay Straight Alliance, Debbie Weatherford from the Northampton Community College Gay Straight Alliance, Susan Odessky, Esq representing the Social Justice Committee of the Unitarian Fellowship, and Josephine Mero therapist and social worker. The event was sponsored by The Pocono Action Lambda Society (PALS) along with over 50 community minded individuals, organizations, and businesses who support Gay and Lesbian rights throughout the community, state, country, and the world. They include The Tapestry Corner, Christ Episcopal Church Stroudsburg, Kirkridge Retreat and Study Center, Trinity Episcopal Church Mt Pocono, Unity Coalition of the Poconos, Cakes and Scones, ASSI Systems Solutions, Mountain Mutts and Pocono Pups, Pocono Community Theater, Josephine's Fleur-de-lis, and Ginger B. Realty.

The Film, “Out in the Silence,” was created by Joe Wilson and his life partner Dean Hamer and is about Joe Wilson’s confrontation with homophobia and the limitations of religion, tradition, and the status quo in in his conservative, rural hometown of Oil City, PA. The film centers mostly around the school system who often allows bullies to victimize their gay classmates and the parents of these victimized students legal moves to establish an environment where their gay and lesbian children can be educated without the fear of harassment. The film also depicted endeavors from other members of the gay and lesbian community to enhance the overall community by vitalizing the cultural and business environment by restoring a theater once intricate to the town.

The film was well made and addressed a great many issues gay and lesbians face as they try to lead a productive live in society. There were many members of the Lesbian, Gay, Bisexual, and Trans sexual (LGBT) community present during the screening who often nodded their heads in recognition of the challenge those depicted in the film were experiencing. There were also those present who were moved to a deeper level of sympathy and understanding for their friends and family members as the film began to share its insights. The film was followed by a Panel Discussion led by The Pocono Action Lambda Society (PALS) and included an opportunity for the audience to ask questions and to enhance the event by sharing their personal stories and provide additional information to those in need of it. You’ll find more photographs in The Forwardian Arts Society Pocono Community Theater 2010 gallery at www.myspace.com/forwardian_arts.

The Pocono Action Lambda Society (PALS) is a LGBT organization active for over 15 years with membership in areas including Monroe, Pike, Wayne, and Northampton Counties in PA along with Warren and Sussex Counties in northern NJ and Orange and Sullivan Counties in southern NY. In addition to presenting community minded events such as this screening, The Pocono Community Theatre (PCT) in East Stroudsburg, PA also presents Independent and Foreign films not commonly seen in larger venues along with Art Exhibition and other cultural events. The next event scheduled for The Pocono Community Theater will be will host The 29th Black Maria Film and Video Festival on Saturday March 20th beginning at 1pm. Please contact The Pocono Community Theater at 570-421-3456 for more information.

Contact information of those mentioned in this article include The Pocono Community Theater (PCT) at www.poconocommunitytheater.org, Out in the Silence at www.OutintheSilence.com, The Pocono Action Lambda Society (PALS) at www.palsnepa.org, Parents, The Family and Friends of Lesbians and Gays (PFLAG) on Monroe County at amleepflag@aol.com, Rainbow Youth at www.rainbowyouth.net, The Stroudsburg High School Gay Straight Alliance at www.high.sburg.org, The Northampton Community College Gay Straight Alliance at www.northampton.edu, The Universalist Unitarian Fellowship of the Poconos at www.uupoconos.org, Josephine Mero at 570-595-9590, Kirkridge Retreat and Study Center at www.kirkridge.org, The Tapestry Corner at www.tapestrycorner.com, Christ Episcopal Church Stroudsburg at www.christchurchstroudsburg.net, Trinity Episcopal Church Mt Pocono at www.trinitymtpocono.org, The Unity Coalition of the Poconos at www.poconounitycoalition.org, Cakes and Scones at www.cakesandsconesbakery.com, Mountain Mutts and Pocono Pups at www.mountainmutts.com, Josephine's Fleur-de-lis at www.josephinesonmain.com, Ginger B. Realty at www.gingerbrealty.com and The Black Maria Film Festival at www.blackmariafilmfestival.org
Posted by Unknown at 4:40 PM