Film Lovers in the Attic 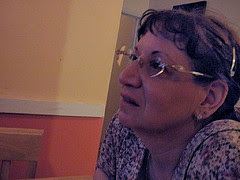 “…mankind are more disposed to suffer, while evils are sufferable, than to right themselves by abolishing the forms to which they are accustomed.” Thomas Jefferson, The Declaration of Independence.

The Forwardian Arts Society held their Film Lovers’ Gathering to watch and chat about the 1987 horror film titled, “Flowers in the Attic” on Friday June 24th at The Cheeky Monkey Coffeehouse in Stroudsburg, PA. A small crowd gathered to watch what has become a film classic in spite of the poor reviews it received when it was first released. Many of these reviews were based upon the subject matter of the film and it’s many departures from the original novel.

“Flowers in the Attic” was written by Virginia Andrews and became the first book in what became known as “the Dollanganger Series.” The series continued with novels titled, “Petals on the Wind,” “If There Be Thorns,” “Seeds of Yesterday,” and “Garden of Shadows.” The film version of the first novel starred Louise Fletcher, Victoria Tennant, Kristy Swanson, and Jeb Stuart Adams. It was directed by Jeffrey Bloom although Wes Craven (who later became a horror icon with his making of “Nightmare on Elm Street”) was the original choice. However, his screenplay disturbed the producers because of its approach to the incest-laden story.

The film and novel is about four children and their mother who are forced to live with the family’s matriarch when their father’s sudden death leaves them penniless. We learn the matriarch is a religious fanatic and takes them in with the condition the children be locked in a room so her husband will never know of their existence. The children are then kept prisoner in their bedroom which leads to the home’s attic. Their mother leaves them and later returns to show them the wounds she received from her mother when she was horsewhipped as a punishment for her incestuous relationship. It is then the children (and we) discover their mother and father were related as uncle and niece.

The film continues through the depictions of the ordeal the children go through with their abusive grand mother and attempts to escape which all fail. They soon decide to find a way to adapt to their situation which is encouraged by their mother during her infrequent visits. As the film progress, the children begin to connive their way to gain greater access to the house. They discover the reason why they were becoming ill from the food they were given and that their mother was about to marry. The three surviving children decides to make a break for it on the day of the wedding when security would be a bit more lax. They confront their mother who denies their existence and a struggle ensues leaving the mother dead. The film ends with the children leaving with a voice over explaining they eventually managed on their own and revealed thoughts of eventual returning to claim the family's fortune.

During the discussion after the film, there were many who speculated on the inheritance aspects of the film while I could not help think about the many ways the mythical and all seeing “I” would have endeavored to successfully escape the children‘s imprisonment. “There would have been a few dead bodies.” I self assuredly told myself but then I soon realized how easy it was to devise such definitive actions when one isn’t immersed in the dynamic of the situation. I began to think of all the points in my life that has been so overwhelming I could not see anything above my problems and didn’t have another perspective available to me in order to plot a course out.

This lack of a way out eventfully leads one to find ways to make the situation bearable as demonstrated throughout the film. My thoughts of how useless their approach was when their time would be better spent devising a better plan to escape. These thoughts later seemed hollowed out when I realized how I have tried to live with a unacceptable situation just because it was easier to do so.

The inspiration to try one more time to escape from their grand mother’s house came when one of the younger of the children died and it was discovered he was poisoned. This made the remaining siblings realize they shared a similar fate and they had nothing to lose as the worse fate to befall them on their attempt would be the same if they remained where they were. Upon my reflections, I began to wonder what motivated me to leave the situations I’ve found myself in. Some were very drastic while some weren’t. And, there are still some I haven’t completely left behind as I sometime wonder what it would be like if I would ever returned.

The Gathering concluded with the sharing of suggestions of what film will be shown during our next Film Lovers’ Gathering scheduled for Friday July 15th at The Cheeky Monkey Coffeehouse beginning at 7pm. All film lovers are welcomed to attend this free event. You’ll find more photographs taken during the gathering in The Forwardian Arts Society 2011 Gallery at www.facebook.com/forwardian.dude.

The next event held at The Cheeky Monkey will be a Closing Reception designed to Celebrate the work of David Ohkerling on Wednesday June 29th beginning at 6pm. This will be followed by an Artist’s Reception on Friday July 1st featuring the work of Laura Bee beginning at 6pm as part of their Espresso Yourself Art Shows Series. The Exhibition continues until September 1st. The Cheeky Monkey Coffeehouse offers a variety of coffee, drinks, and culinary treats along with events such as the one described in this article. Please Explore The Cheeky Monkey Coffeehouse Website at www.cheekymonkeycoffee.com or call 570-420-8222 for more information.