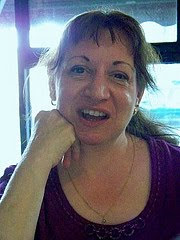 The film “Please Give” is a very likable comedy-drama and is indicative of the films created by Independent Film Industry which has become popular within recent years. The characters are compelling, unconventional, and lingers in the minds and hearts of their audience long after the final reel on the projector stops spinning.

The film is about a couple living in NYC who owns a used modern furniture store in which their inventory consists of pieces bought from people who wish to dispose of the effects of their relatives who have recently passed away. The wife, Kate (as portrayed by Catherine Keener), dedicated much of her time to giving money to the poor whom she meets on the streets. Her dedication often leads to some awkward situations including offering a man who is standing in front of a restaurant she was in food she had left over only to discover he was waiting in line to go in. The husband, Alex (as portrayed by Oliver Platt), works with her and proves to be a loving and supportive spouse and father to their daughter Abby (portrayed by Sarah Steele). This remains true even when he has an affair with a self-centered cosmetologist who is suffering from alcoholism named, “Mary” (as portrayed by Amanda Peet).

The film is also about Mary’s Grand Mother Andra (as portrayed by Ann Guilbert) who is in her 90s and is very cranky. She is cared for by Mary’s sister Rebecca (as portrayed by Rebecca Hall) who is a breast cancer radiology technician. During the course of the film, Rebecca meets the son of a 70 year old woman after her examination. There is a particularly funny scene in which the 90 year old and the 70 year old women are riding in a car. The older of the pair speaks in a condescending tone to the other in very much the same way those in their 60s and 70s talk down to people in their teens, 20s, and even 30s. As someone on the receiving end of such condescension, this reviewer felt a slight “taste of he4r own medicine” satisfaction.

The film seems like a simple one until it comes to thinking about what it was about after its over. It’s soon discovered the film has a complexity about it which makes it a challenge to discern any specific plot or theme. This was particularly true during The Forwardian Arts Society discussion which took place afterwards. We all knew we liked the film, but didn’t really know why.

However, when one takes the time to digest the film, a variety of themes comes to mind as a result of some very contemplative reflection. In a departure from this reviewers’ practice, I won’t bore you with all the aspects of the film’s themes I discovered upon my reflection of it. That is something anyone who sees this very good film can do for themselves. All, I would say is, it’s well worth doing so.

“Please Give” is rated R and is being shown at The Pocono Community Theater in East Stroudsburg, PA. For information regarding times of this and other films currently being show at the theater, please call 570-421-3456. Most films run one week but some films may be held over for an additional week or two depending on ticket sales.

After the Friday July 2nd showing of the film, The Forwardian Arts Society Gathered in The Pocono Community Theater’s Café to chat about it. The turnout was minimal but the conversation was quite agreeable even though we couldn‘t quite grasp enough about the film to hold a cohesive chat about it. But, we had fun trying. You’ll find photographs from previous discussions in The Forwardian Arts Society Film and Chat Gathering 2010 Gallery at www.myspace.com/forwardian_arts. We invite you to join us Friday August 6th to watch a film and participate in an equally enjoyable conversation. Please contact me through my profile for more information.
Posted by Unknown at 8:28 PM