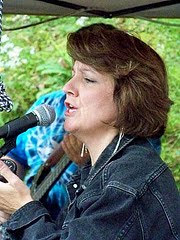 Moe'st Everything Muse* in East Stroudsburg, PA held an Open Jam on their Lawn on Saturday September 26th. The event was filled with recently composed music relating to the Christian Faith including some original pieces written by members of the bands who performed along with some secular works. The bands included The Usual Suspects, Aragon, and InnerMission*, and more. It was a quiet and gentle afternoon filled with good music, food, and conversation.

The performances were quite enjoyable while presenting messages common to the Christian Faith. The blend of voices of the group InnerMission enhanced the songs they performed quite well. However, there was a quite astounding presentation of the Jefferson Airplane song, “White Rabbit” that really caught my attention. It’s energetically harsh instrumentation along with its equally powerful vocalizations often surpassed the original version by Grace Slick. In other words, it was modernized.

The Website address of Moe'st Everything Muse* is www.moesteverything.com while the Website Address for is www.myspace.com/innermissionmusic. You can learn more about the music store along with the music of InnerMission* at these locations. You’ll find more photographs in The Forwardian Arts Society Music 2009 Gallery. www.myspace.com/forwardian_arts

(*) denotes members of The Forwardian Arts Society in good standing and are considered Our Good Friends.
Posted by Unknown at 9:07 PM