Going Out With a Laugh 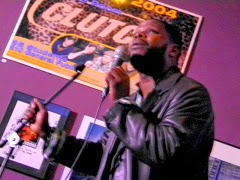 The Sherman Theater’s Living Room in Stroudsburg, PA hosted The Kiss This Entertainment’s presentation of “MArch Madness LOL” on Saturday March 29th as part of their Laughing Out Loud Series. In spite of the rainy conditions dominating the area, a multitude of people seeking some humor to lighten the darkness of the day filled the venue. The comedy that ensued upon the small stage that was provided for the comedians (which one referred to as half of a Ping Pong Table) gave the audience the desired illumination upon which the brilliant hues of insights and observations they encountered through the performances inspired them to bask in their radiant humor.

The evening began as the event’s host, Tyler Rothrock, took the stage. After welcoming those who came to the event, Mr. Rothrock set the mood for the evening through his hilarious tales of the collegiate experience and how what constitutes someone as being “Creepy” differs among the genders. During his routine, he noticed me taking pictures and writing notes in preparation for the article I’m writing now.

His ability to interact with the audience became evident as he utilized the situation to his comedic advantage asking me a series of questions which left me off balanced enough so the claim that I was on LSD which is a psychologically alternating substance commonly known as “Acid” could be easily made. I found the prospect to be an amusing correlation so I decided to play along with the concept and allowed all of my answers to the queries he posed throughout the remainder of the evening to reflect those given by someone who was “High.” This was fun.

As Mr. Rothrock finished his initial routine, he introduced Hassan Oliver to the crowd. The laughter inspired by this comedian swept through the room allowing everyone to bring their joyous vibratos together into one chorus that sang the songs of their soul’s mirth. As Mr. Oliver’s set concluded, A comedian known as “Ace Comedian” took the stage after Mr. Rothrock introduced him.

Ace led those who have or had children a part of their lives down a humorous road of reflection and recollection as he told tales relating to his parenting experiences. He also described a series of behavioral abnormalities he referred to as “Stupid Shit” which inspired roars of laughter as each behavior was recognized by the audience. Ace was followed by Angela Cobb after she was introduced by Mr. Rothrock. Her hilarious set dealt with height, beauty, and losing her virginity along during Hurricane Sandy with an admission she would not mind dating older guys as it’s a form of time traveling to her. Ms. Cobb was followed by an comedian known as “David Outlaw” after he was introduced by Mr. Rothrock.

From the first moments Kenney Woo stepped on the stage, a joy from within him could be felt throughout the crowd. Every punch line he delivered and every finale to an observation he shared was punctuated by an inclusive laugh that served to enhance the humor of his performance. The variety of topics explored by Mr. Woo ranged from bad breath and the effects it has on mascara to the use of Marijuana and the inhalation of the small derivative of rolled cannabisal essence known as “Roaches” done during the eager partaking of the herbal delight. Mr. Woo concluded his performance with a series of “Shout Outs’ in which he honored and recognized a number of people in his life who either inspired him or whose behavior became utilized to further his comic routine.

The evening came to an end as Tyler Rothrock stepped upon the stage one final time to share his appreciations to the comics who performed and to the audience who came to partake of the event. It was a great event filled with laughter and the sense of camaraderie the mood enhancing activity creates.  You’ll be able to find more photographs taken during the Kiss This Entertainment’s MArch Madness LOL event in The Living Room 2014 Gallery Part 2 at www.facebook.com/media/set/?set=a.10152275669355421.1073741879.636000420&type=1.

Kiss This Entertainment was founded by Barbara Ayala who serves as its CEO. The company offers DJ’s, Parties, and Catering to enhance any occasion. The next main event to be presented by Kiss This Entertainment at The Sherman Theater’s Living Room in Stroudsburg, PA will be their Spring Fling Comedy Show scheduled to take place on Saturday April 19th beginning at 9pm with doors opening at 8pm. The event will feature comedians George Gallo, Terry McNeely, and Hugh Daniel Murry IV with Matt Richards serving as the evening’s host.

The Sherman Theater’s The Living Room is located on Main Street in Stroudsburg, PA. The venue is a non-profit artspace and community hub featuring live music, performance, and other events in an intimate setting at affordable prices. Please Explore The Living Room Facebook Page at www.facebook.com/pages/The-Living-Room/123978921059378 for more information on The Living Room, all they have to offer, and how to be a part of it all.
Posted by Unknown at 12:01 PM