The Price of Coffee 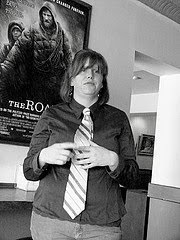 The Pocono Community Theater in East Stroudsburg, PA presented the documentary film entitled, “The Price of Coffee” on Saturday January 2nd which was followed by a discussion as part of their educational series exploring all aspects of coffee the human, political, and economic factors involved in its production along with how to discern the variety of tastes and aroma of the beverage. The film was introduced by series leader Kim Fisher with the discussion led by her as well. The film was very informative and was enhanced by the conversation that followed a great deal.

The film was about how coffee had been fundamental to the economy of Republic of Nicaragua for over 100 years and how the numerous civil wars negatively affected the industry. The film also explores how modern day Nicaraguans are trying to repair the damage inflicted on the industry and how those producing and harvesting the beans can obtain a fair price in the marketplace.

The discussion was held in the Theater’s Café over a cup of hot coffee which was even appreciated by non coffee drinkers like me. The conversation mostly addressed questions regarding the current political climate and how to help those who pick the beans can receive a fair wage for their endeavors. It was mentioned the US could help in this area but it was also noted there is a great deal of mistrust toward our country due to its past support of the oppressive Somoza regime and the Contra insurgency.