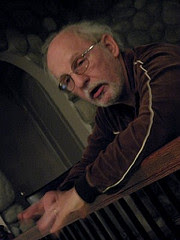 The documentary film titled, “Gasland” was presented in the Home of Don Slepian and Jan Julia as a special screening event on Friday May 20th. A small group of environmental activists along with representatives from the Pocono Progressives and the local chapter of www.moveon.com were present. The film was directed by Josh Fox who received a letter from a natural gas company in May of 2008 offering to lease his family’s land in Milanville, PA for $100,000 to drill for gas. His research into the environmental impact the drilling for natural gas through the method known as hydraulic fracturing (fracking) and the profound dangers it possesses led him to begin filming this documentary. “Gasland” was released in 2010 and has won several awards The Special Jury Prize at The 2010 Sundance Film Festival as well as being nominated for The 2011#Academy of Motion Picture Arts and Sciences (AMPAS) Award for Best Documentary Feature.

The film depicts his journey to areas in a geological location known as the Marcellus Shale which exists under large parts of Pennsylvania, New York, Ohio and West Virginia where fracking has already occurred. His journey encountered instances in which the health of pets, livestock, and humans was adversely affected by the chemicals used in the fracking process as well as the natural gas it extracted going into their water supplies. The film demonstrated the later occurrence through the home owners’ ability to ignite their flowing tap water.

Mr. Fox’s journey continued to his journey across the county to the western states of Colorado, Wyoming, Utah, and Texas where fracking has been a part of their communities for over a decade. He found similar instances of the adverse effects fracking had on those living in the area but also found many have begun legal remedies such as court injunction or settlement monies to compensate their plight. The film also enlisted members of the medical profession, former Environmental Protection Agency (EPA) personnel, Political figures, and University Academia to underline the practices and overwhelming risks of fracking. The film ended it’s journey to the US Congressional subcommittee was discussing the Fracturing Responsibility and Awareness of Chemicals Act which was a bill designed to amend the Safe Drinking Water Act by repeal an exemption for hydraulic fracturing which was done in the passage of the Energy Policy Act of 2005 during the George W. Bush administration.

“Gasland” is Josh Fox’s second documentary and was made in about eighteen months. His first documentary was titled, “Memorial Day” which deals with how the US instills it’s “Girls Gone Wild” culture on other nations in spite of they being in direct conflict to morals these countries established centuries ago. This reviewer has not seen “Memorial Day” but many reports indicate it’s a challenging film to follow as it utilize many of the elements “art Film” employ in it’s narrative. If this is indeed the case, “Gasland” is a much simpler film conveying a direct message leaving no one viewing it uncertain what it is.

The serves the topic well by pointing out a fact and not overdoing it through an overwhelming abundance of repetitions. This can be seen in the depictions of running tap water being set afire. The film repeats the act in several households, but, just as one is about to say, “OK, we got the point already.” the film moves onto another aspect of the problem Fracking creates. This approach reminded this reviewer of the early Michael Moore documentaries before the elements of self indulgence and self importance began to become prominent in them.

However, the film is not without its problems if the allegations challenging its factual citations are found to be true. Some studies are said to indicate some water wells were contained by biogenic methane which occurs naturally in underground coal beds. A scene depicting natural gas bubbling up from the ground on a home owner’s land was found to be the result of fermenting organic matter and not related to the practice of fracking. This is an unfortunate aspect of many Point of View (POV) Documentaries as the filmmaker often tends to be led by his or her own biases and doesn’t take the time to determine whether the evidence he or she utilizes in the film stands up to honest scrutiny. This is unfortunate because this often leads an audience aware of it’s discrepancies of some aspects of the film’s facts to doubt the validity of every fact the film presents.

The film was followed by a lively discussion on the dangers of hydraulic fracturing and how to prevent it from being established in the local community. Many ideas were shared and a few may be implemented at a future time. You’ll find more photographs taken during the after film discussion in The Special Events 2011 Gallery at www.facebook.com/forwardian.dude.

While this reviewer is unable to determine the validity of the facts presented in the film, I can say it was a well made piece and worth watching even if one has to take an extra grain of salt with them to wherever it is being shown. Presently, the film is available on DVD for small screenings in homes, centers, and other similar facilities. More information about the film and how to obtain a copy of the DVD can be found at www.gaslandthemovie.com.
Posted by Unknown at 3:46 PM