Handeling The Holidays with Song 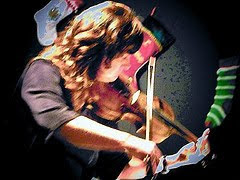 The Shawnee Playhouse in Shawnee on Delaware, PA presented their 32nd Annual Holiday Community Sing In Concert on Tuesday December 21st featuring Handel‘s “Messiah.” The concert was presented in loving memory of Ruth Wesley Pearsall who passed away in 2010 at the age of 90. The evening proved to be a wonderful memorial to her life.

The playhouse filled itself to capacity as those who came to form an enormous community choir by lending their voices to it sought their places in seats specially designated for their vocal range. The spirit of the season was upon every as greetings of established and new friends inspired wonderful conversations as the orchestra began to take their place. The musicians who lent their talents to the concert included Wendy Davis (who served as Orchestra Mistress), Carol Kraemer, Brittany Smith, Chimene Reid, and Karl Viernstein on Violins, Betsy Buzzelli-Clarke (who served as the Orchestra Coordinator), Marsha Cahn, and Ellen Yorgey on Violas, Joshua Montgomery and Rachel Vowcicefski on Chellos, Dave Lantz on Bass, Jenny Collins (who served as an Accompanist) on Piano, Sarah Derrick on Oboe, Tim Eick on Trumpet (who provided a Trumpet Solo), and Steve Mathiesen on Timpani.

The excitement felt among the attendees in anticipation of the event gave way to Ginny Kirkridge as she stepped upon the stage to share her appreciation for everyone’s welcomed presence. It was soon afterwards that the evening’s conductor Terry Flatt took the stage to add his sentiments of gratitude along with some amusing antidotes to delight the audience. Soon, their anticipations transcended into bliss as the first notes from the Sacred Oratorio composed by G. H. Handel in 1741 were played.

The music and voices filling the playhouse also filled the souls of all who experienced it. Even those who are not touched with the gift of having a good singing voice (like me) felt the music permeate their very being bringing a sense of joy to it. This sensation was enhanced by the soloists who lent their exquisite voices to the concert. They included Sara Ferguson, Nicolas Gareca, Wendy Grice, Gary Grice, Marjorie Groenwald, Chris Henry, Rob Howwell, Dan Hoy, Christopher Joyce, Midge McClosky (ho serves as The Shawnee Playhouse‘s Executive Director), Dave Revelle, Tom Revelle, Dale Viernstein, and Michael Yasenchock.

As the evening came to it’s conclusion, the spirit of the concert lingered within the heart as everyone exited the building. Many who have attended the Sing In throughout the previous years have told me such a lingering sustains them through the entire and coming back each December recharges their spiritual batteries. I personally find this to be true as I’ve been going the past three years and feel a warm anticipation as the month takes its place on the calendar. You’ll find more photographs on The Forwardian Arts Society Music 2010 Gallery at www.myspace.com/forwardian_arts.

The Shawnee Playhouse was built in 1904 by C.C. Worthington and became known as the Worthington Hall. It was designed to provide entertainment and educational benefit to residents and visitors of the area as local actors and actresses known as The Shawnee Players performed until World War II. In 1943, Fred Waring and the Pennsylvanians began to broadcast their famous radio programs from the Hall. Unfortunately, the Hall later fell into disuse.

It began a restoration period when the Kirkwood family purchased the Shawnee Inn and Golf Resort in 1978. The Worthington Hall has since become known as The Shawnee Playhouse and became well known for their theatrical productions and special events. The site has been placed on the National Registry of Historic Places and won the prestigious Phoenix Award, presented by the Society of American Travel Writers. Upcoming events and production include their Annual New year‘s Eve Show on Friday December 31st, their presentation of The Worthington Players Productions of their winners of their One Act Play Competition January 8th - 16th, and their presentation of The Kaleidoscope Players Production of “Who‘s Afraid of Virginia Woolf“ by Edward Albee January 22nd until February 6th. Please Contact The Shawnee Playhouse at 570-421-5093 or Explore their Website at www.theshawneeplayhouse.com for more information.
Posted by Unknown at 1:57 PM