Children of the Holocaust Revealed at PCT 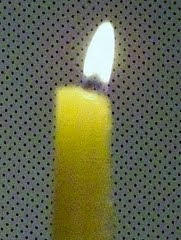 The Pocono Community Theater (PCT) in East Stroudsburg, PA hosted “Holocaust Remembrance…The Hidden Children” on Thursday April 8th and event honoring those children who were either placed or nearly escaped being placed in concentration camps during the Holocaust during World War II. The event will be repeated on Sunday April 11th at 7pm on Yom H’Shoah which is a day especially set aside to remember all who suffered during the Nazi Holocaust. Although the event focused upon those Jewish children who hid from the Nazis in WWII Hungary, it also recognized the non Jewish victims such as Gypsies, Homosexuals, Physically and Mentally Handicapped, and those who did not profess Fascism as their personal creed.

The event began with welcoming remarks by Martha Loomis who is the Co Owner of the event’s Sponsor Josephine’s Fleur-de-lis located in Stroudsburg, PA. This was followed by the lighting of Candles commemorating those who died in the Nazi Concentration Camps. This was followed by an introduction given by Camille Breslauer to a documentary film featuring her late husband Tom Breslauer who was featured in the film.

The film was focused on a series of radio interviews conducted with Holocaust Survivor and long time Stroudsburg, PA resident Tom Breslauer which were also videotaped. The film was very well made and contained a great deal of information not commonly known about the Holocaust. It brought a fresh human perspective to those horrific times along with a warning of how easily they can be relived whenever the general population is in agreement some people don’t deserve the dignity, respect, and right to live as the majority.

After the film, an overview of the book entitled “Remember Us” was given by its contributing editor Evi Blaikie. The book was written by The Hungarian Hidden Children of New York, Inc and shares the memories of thirty Hungarian Men and Women who survived the Holocaust as children in hiding. These children were kept safe from the Nazis occupying Hungary by neighbors who did not want them to suffer the fate of many others. Although they were spared the horrors of the Concentration Camps, the fact they had to be hidden away made them victims nether the less. The end of the war and occupation left them with no real home as many were place in orphanages, no families as many parents and siblings were killed in the camps, and no identity as they had to hide all they were to remain alive.

The event continued with readings from Tamas Revai, Suzanne Nash, and Susan Kalev who contributed to the book and shared their childhood memories of WWII Hungary. This was followed by a statement by Associate Professor of History of The Northampton Community College Dr. Brian Anutt whose many of his courses focuses on the Holocaust experience. The evening concluded with questions for the participants from the audience. The book, “Remember Us” is available for purchase at Josephine’s Fleur-de-lis with proceeds going toward endeavors to educate the general public about the Holocaust. Please Contact Josephine’s Fleur-de-lis at 570-476-7909 for more information. You’ll find more photographs relating to the event in The Forwardian Arts Society Pocono Community Theater 2010 Gallery at www.myspace.com/forwardian_arts.

The Pocono Community Theater in East Stroudsburg, PA offers local film lovers an opportunity to experience the best in independent and foreign film not commonly shown in larger commercial venues. These include films made by local film makers and the inclusion of special events to enhance the community at large. The next events at The Pocono Community Theater will include an Artist’s Reception beginning at 1pm on Saturday April 10th featuring a body of Rod Cameron’s work entitled, “Paradise Found” and the body of Clarissa Jan Ward worked entitled, “Not only the Earth but also the Heavens.” The exhibition will continue until May 16th.

The Theater will also present “Silent Shakespeare” beginning at 8pm on Thursday April 22nd featuring a showing of the work of William Shakespeare as depicted in films made during the Silent Film Era while accompanied by music performed live by Dreams of Fire, Mad Lucas, and The Business Fairy. In addition to all this, The Pocono Community Theater will host The First NEPA Poetry Slamfest beginning at 8pm on Friday April 30th featuring 2009 Women’s Individual Word Slam Champion Rachel McKibbens along with voice performances by Youth Poets featured in HBO’s “Brave New Voices,” Urban Word NYC, The Philadelphia Youth Poetry Movement, and Urban Mountain Voices. There will also be a Mock Slam featuring Youth spit poetry in a high energy competition. Please Contact The Pocono Community Theater at 570-421-3456 for more information.

Websites of those mentioned in this article include The Pocono Community Theater at www.poconocommunitytheater.org, Josephine’s Fleur-de-lis at www.josephinesonmain.com, Evi Blaikie at www.eviblaikie.com, Dreams of Fire at www.myspace.com/dreamoffiremusic, Mad Lucas at www.myspace.com/themadlucasband, The Business Fairy at www.myspace.com/thebusinessfairy, Rachel McKibbens at www.rachelmckibbens.com, HBO’s “Brave New Voices” at www.bravenewvoices.org, Urban Word NYC at www.urbanwordnyc.org, The Philadelphia Youth Poetry Movement at www.phillyyouthpoet.org, and Urban Mountain Voices at www.urbanmountainvoices.org.
Posted by Unknown at 2:15 PM