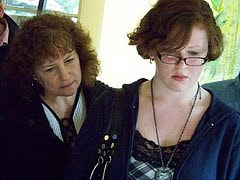 The Shawnee Gallery in Shawnee On Delaware, PA presented their Annual Spring Equinox/Maple Sugaring Celebration on Saturday March 27th. The event featured a revival of the ancient Lenape tradition in which sap was boiled to maple syrup. The tradition was reenacted in the Gallery’s sculpture garden. The celebration also featured a variety of Artists, Poets, and Musicians brought together by Pocono Jazz and Poetry and The Forwardian Arts Society who shared their talents in support of the new Literary and Arts Magazine entitled, “Forwardian.”

The festive day began with a demonstration in clay figurative sculpture modeling by Artist Andrea Robbins-Rimberg whose photography will be appearing in Forwardian‘s Premier issue. Many surrounded the sculpting table mesmerized as an common lump of clay was transformed into an image peering into their souls. This proved to be a opportune beginning as it foretold of the poetry and music that later transformed the souls of all who experienced it.

Debbie Burke of Pocono Jazz and Poetry and editor of Forwardian served as mistress of ceremonies with Paul Adam Smeltz of The Forwardian Arts Society and publisher of the magazine stepped in from time to time to talk about it. Poet Juanita Kirton began the readings with a recitation of her work from her recently published book entitled, “Inner Journey” which is available on www.Amazon.com and www.Aresya.com. Her words touched upon a variety of topics which rang a familiar chord within each listener. Some of her work will appear in the Premier issue of Forwardian.

The readings continued with some mesmerizing poetry written and read by Jan Julia. Her words moved and flowed throughout the room as well as the ears of all who heard it. Its gentle motions reached the ear within its listeners and spoke of things not heard before in a voice that was their own. In addition to being a gifted poet and having some of her work appearing in the upcoming Premier issue of Forwardian, Jan is directing The Worthington Players current production of Oscar Wilde’s “The Importance of Being Earnest” being performed at The Shawnee Playhouse.

The varying aspects of relationships were explored by Poet Valerie Cruz whose words encouraged the familiar nodding of many a heads. The gentleness found in many of her pieces wooed her listeners while the power discovered in others describing the harshness one sometime finds in a wronged relationship help those who encounter such extremities to know they’re not alone. Some of her work will appear in the Premier issue of Forwardian.

A joyous contrast followed as Patty the Poet shared works from her recently published book entitled, “Patty’s Heartfelt Poetry.” Her short pieces akin themselves to be resemble shots in the arm for those among the listeners requiring some thoughts of hope as they meet the challenges of their lives. Her book along with framed depictions of her poetry can be found in various businesses throughout Monroe County as well as through her publisher Xlibris. Some of her work will appear in the Premier issue of Forwardian.

A musical interlude was provided by Don Slepian on guitar. The soothing sounds which included several original compositions served to enhance the poetry read so far that day. Don Slepian hosts a monthly concert in his home as part of an ArtMusic Series. The next in this series will be Friday April 16th and features The Jack Stafford Foundation. Please Feel free to Contact Don Slepian at 570-476-6307 for more information.

The music shared by Don Slepian was followed by singer/songwriter Crystal Martinez. With a tape player in tow, her clarion voice led those who were wandering around the gallery into the room she was performing. The sound of her voice enhanced the songs she selected for the event and those who heard her. Crystal’s talents also lie in modeling and acting while she often appears in many functions benefiting various charities.

After a short break which gave everyone an opportunity to learn more about those who shared their talents this day, the readings resumed with those given by Poet Wayne Tuttle. From a slightly tattered notebook, Wayne read his words. They flowed in and out of the consciousness like a eternal river whose wisps barely leave note of their presence yet it is felt nonetheless. His work will appear in the Premier issue of Forwardian.

The final poet to read for the event was Donovan O’Brien. His words brought about an appropriate conclusion to the written word segment of the afternoon as they had a way of lingering in the thoughts and hearts of those who heard them. His work will appear in the Premier issue of Forwardian.

Donovan’s poetry was followed by a musical performance by Patti Keegan of the group Inner Mission and owner of Keegan Tee’s. A joyous frivolity accompanied her singing and guitar featuring a bevy of familiar songs lifting the heart as each person sung along with some magical songs. This was even true for some of us (well me) who sang out of tune.

This entertaining respite was followed by a demonstration in the fine art of Scagliola given by Jim Gloria of The Totts Gap Art Institute (TGAI). Scagliola is a decorative art utilized in homes throughout the European continent; especially in Italy. The demonstration guided everyone present through the measured process only to amaze us all as we learned the intricate patterns it creates. This proved to be a fitting end to The Shawnee Gallery’s Annual Spring Equinox/Maple Sugaring Celebration as it encouraged those who attended to explore their creativity and experience the sweetness of their accomplishments. You’ll find more photographs in The Forwardian Arts Society 2010 Spring Equinox/Maple Sugaring Celebration Gallery at www.myspace.com/forwardian_arts.

As mentioned, the event also served to raise funds toward the publication of the new Literary and Arts magazine called, “Forwardian.” A great deal of funds was raised but more could be used to print more copies of the Premier Issue. If you would like to learn more about the magazine and make a financial contribution, please feel free to contact The Forwardian Arts Society through its website at www.theforwardianartssociety.com

The Shawnee Gallery hosts numerous exhibitions featuring a multitude of artists along with many workshops designed to enhance the creative desire of their participants. Please contact The Shawnee Gallery at 570-420-9404 for more information on all they have to offer.

Contact Information of those mentioned in this article are The Shawnee Gallery at www.theshawneegallery.com, The Forwardian Arts Society at www.theforwardianartssociety.com, Pocono Jazz and Poetry at www.poconojazzandpoetry.com, Artist Andrea Robbins-Rimberg at www.sculptureworks.biz, Juanita Kirton at Juanita.Kirton@gmail.com, The Shawnee Playhouse at www.theshawneeplayhouse.com, Xlibris (Publisher of “Patty’s Heartfelt Poetry”) at www.Xlibris.com, The ArtMusic Coffeehouse at www.artmusiccoffeehouse.com, The Jack Stafford Foundation at www.jackstafford.co.uk, Crystal Martinez at www.myspace.com/crystalgmusic, Keegan Tee’s at www.keegantees.com, Jim Gloria at www.jamegloria.com, and The Totts Gap Art Institute at www.tottsgap.com.
Posted by Unknown at 10:29 PM