A Sense of Belonging Shared at The PoconoArts 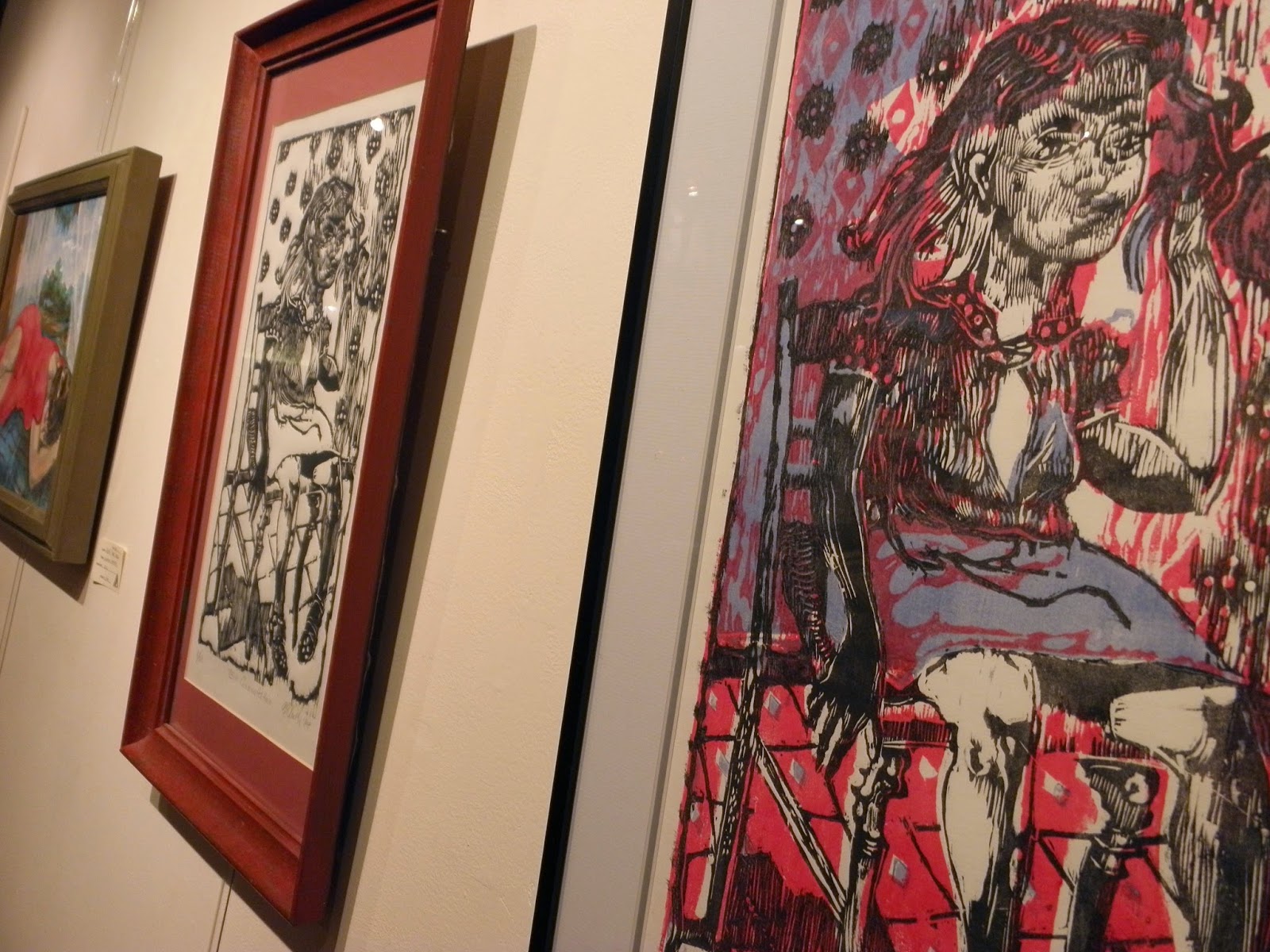 As the wintry weather cascaded into the Northeast PA Region known as “The Poconos,” a warm respite was found within The Pocono Arts Cultural Center in Stroudsburg, PA on Friday November 21st as an Artists’ Reception was held celebrating the creative endeavors of artists who recently added their considerable talents to the Pocono Arts Council’s membership. A wide variety of styles and creative approaches were on display with their images and calming hues becoming enhanced by the conversations that were shared by the modest number of art lovers who attended. The exhibit was further enhanced by the general feeling of belonging that was shared by the new members who were present in that they were part of a camaraderie of established artists whom the council welcomes into their midst.

The event was created out of the desire to recognize artists who have joined the council since their Annual Members’ exhibit took place last May. And, like the May exhibition, awards were given to those who shown
exceptional talent in their creative endeavors. The difficulty in determining who would receive special
recognitionis speculated to be a considerable one as the quality of the work is contemplated upon. However, awards were distributed to a number of worthy artists.

The awards for photography went to William McKee who received the Second Place award as the First
Place for the medium went to Eileen Noelle. The Second Place award for Three Dimensional Art (Sculpture) went to Candy DeJesus while Elizabeth Urbanowski was awarded First Place in the medium. The Second Place award for Two Dimensional Art (Paintings) went to Michael Pizzuto while George Miller was awarded First Place in the medium. The award given to the piece that was considered to be the Best in Show went to Beverly Lambert. Enthusiastic applause accompanied the announcement of each recipient’s name and
congratulations were shared after the ceremony.

The evening proved to be an enjoyable one even though the scarcity in the number of those attending was a bit surprising. In fact, as I entered the main gallery, no one was there. However, I then ventured into the studio gallery of the center because I smelled food and found a number of the attendees who arrived before I did gathered around and munching the culinary treats that were provided by The Thai Orchid www.facebook.com/pages/Thai-Orchid which is located on 9th Street in Stroudsburg, PA. It was good to be with people who shared similar appetizing desires as myself.

Still, It was unfortunate more art lovers in the local and surrounding communities weren’t present to enjoy the
festivities and conversation. However, it has been a bit colder temperature wise than usual and many people
who frequent the events at The Pocono Arts Cultural Center may have decided to forego the reception to
begin an early hibernation. Perhaps when there is more familiarity with the seasonal change many of these
individuals will be use to the weather and make their way to the venue.

In addition to the work created by Artists who recently joined The Pocono Arts Council, a number of pieces
were on display honoring the memory of an artist who brought a great deal of meaning to the life of the
community through his work and endeavors to help others realize the creativity within themselves. The
paintings and pottery created by Aldof “Hank” Aldrich were placed throughout the gallery in both their main and Studio galleries. Memories flowed from the pieces as those who knew him fondly reflected upon their encounters with his loving presence. You’ll find more photographs taken during the New Members’ Artists’
Reception in The PoconoArts New Member Reception Gallery at www.facebook.com/media/set/?set=a.10152871043985421.1073741911.636000420&type=1 as well as other events held at The Pocono Arts Cultural Center in Stroudsburg, PA in The Pocono Arts Cultural Center 2014 Gallery at www.facebook.com/media/set/?set=a.10152285998065421.1073741882.636000420&type=3.

The PoconoArts Council was founded in 1975 and serves the community as a “Chamber of Commerce” for artists, arts organization, and others in the Northeast PA area as the region’s leading art service, education, and advocacy organization. The PoconoArts Council has endeavored to enrich the cultural atmosphere through their many projects such as their High School Students’ Juried Exhibition, their Annual Members'
Exhibition, and and The Pocono State Craft Festival. They have recently created a 2015 Expose Yourself to
Art Calendar which depicts local artists and prominent citizens in the nude which is available for purchase. The
next event to be presented by The PoconoArts Council will be their Annual Meeting on Friday December 5th
beginning at 5pm to plan for the upcoming year upon which a discount will be given to attendees for items
purchased that evening. You can learn more about The PoconoArts Council and all they have to offer the
community and its artists by exploring their Facebook Page at www.facebook.com/poconoartscouncil.

Photography by Paparazzi Paul.
Posted by Unknown at 11:00 AM