The Crescent Moon at Shawnee 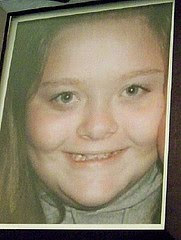 The Shawnee Playhouse* in Shawnee on Delaware, PA hosted The Robert Taylor Foundation for Children presentation of their Crescent Moon Concert on Wednesday October 14th to benefit Rebecca Johnson who is a 15 year old suffering from Hodgkin’s Disease. The event began with a performance by Ross the Mentalist and continued with an Elvis impersonator. The evening concluded with a performance by The Robb Taylor Band.

Although the number of people attending were of a modest number, it proved to be an enjoyable evening. The Ross the Mentalist portion was quite enjoyable as was the performance by the Elvis impersonator. The place began to really rock, however, when The Robb Taylor Band came on stage with Robb Taylor* on Rythme Guitar and lead vocals, Jennifer Smeraldo* on Back Ground Vocals, Darrin Bentley* on Base Guitar, John O'Carroll on Guitar, Ed More on Drums, and Dwight Spencer on Keyboards. Their performance got everyone swaying, dancing, and clapping their hands which made the benefit concert an event to be remembered.

The Robert Taylor Foundation for Children is an organization dedicated to the welfare of children who are handicapped, abused, and/or in any other way considered disadvantaged with the goal to raise funds for their medical care, placement, and other life necessities. The Robert Taylor Foundation for Children puts on concerts and special shows to help raise funds supporting their endeavors. Their next presentations will be their Halloween Concert on Saturday October 31st at The Mauch Chunk Ballroom in Jim Thorpe, PA and a play entitled, “Catch Me If You Can” performed at The Shawnee Playhouse* November 14th and 15th. Please contact The Robert Taylor Foundation for Children at 570-643-2917 for more information and tickets. You find more photographs in The Forwardian Arts Society Music 09 Gallery. www.myspace.com/forwardian_arts

The websites of those mentioned in the article are The Robert Taylor Foundation for Children at www.robbtaylor.com/foundation, Ross the Mentalist at www.rossthementalist.com, and The Shawnee Playhouse* at www.theshawneeplayhouse.com.

(*) denotes members of The Forwardian Arts Society in good standing and are considered Our Good Friends.
Posted by Unknown at 12:42 PM

Thanks so much for coming! We had a blast, please come again!